How do we organize our phones?

After my last blog post about 11+3 reasons why I fell in love with Microsoft To-Do, my dear colleague Darrell from Regarding 365 emphasized how cool he is about sorting my apps on my iPhone. That inspired me to look at it again.

For me personally, my smartphone is the device I spend most of my time with. I travel a lot and enjoy being able to do most of what I want to do with my thumb or voice and not having to open my SurfacePro. How I organize my apps depends largely on what habits I follow.

In the dock you can find Microsoft To-Do, twitter, LinkedIn and Outlook.

In the morning I plan my day in bed with Microsoft To-Do and my Outlook calendar and then check what happened over the night on twitter (yes, I’m a bit addicted to twitter, I admit it!). Later I’ll take care of LinkedIn (still on the smartphone) and my emails (Outlook Desktop Client). I only do that once a day, click that link for how and why!

Because I work with the My Day feature of Microsoft To-Do and really love to get involved in social media, these apps have to be permanently visible.

After trying for a long time to organize my apps according to application areas (too many overlaps), automatically as suggested by ios (I don’t think again), not at all (I hate scrolling across multiple pages), I had the idea to create folders where only apps with a certain color belong to.

At first it sounded strange, but I tried it too. I know that I learn very visually and that my image memory works well. So I always remember quite well what an app looks like, even if I can’t remember the name for less frequently used apps.

Now that Darrell had made twitter aware of the screenshot of my iPhone, many others joined the conversation and also posted screenshots and explained their concepts:

Swiping down and Typing by Darrell Webster

Best advice ever! Just search for your apps by name!

Special place for the Chrome 🙂

What do you think?

How do your organize the apps on your phone? Would you like to see a blogpost about how I deal with notifications? Any other suggestions? 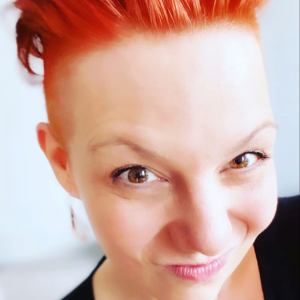 Luise is an independent Microsoft 365 Consultant, Low Code Developer, Microsoft MVP for Office, Apps & Services, Member of PnP team, Sketchnotes Artist and Lego Addict based in Germany. Do you need help with your project, want to exchange views or just connect? Feel free to follow me in twitter, LinkedIn or get in touch via contact form.

How to use a custom connector in Power Automate

How to get started with CLI Microsoft 365 and Adaptive Cards

Why I blog or Why Sharing IS caring

How to get started with HTTP requests in Power Automate

How to use Parse JSON action in Power Automate

How to add a simple preview in libraries in SharePoint

This site uses Akismet to reduce spam. Learn how your comment data is processed.